*Walking the streets screaming Nooollllaaa* If you haven’t read Part One of my New Orleans trip as yet, check it out here first.

Day Three: It can’t be my birthday unless brunch is involved. I love me a mimosa or 5. It’s something about breakfast, lunch and champagne that puts me in a good mood. New Orleans is known for its’ mouth watering good food, so I was really interested in finding a place that balances great mimosas, brunch, ambiance and service. I tried Katie’s Restaurant and they did not disappoint. Sidenote: One of my friends drove down from Atlanta just for my birthday weekend, tagging two of her friends along and another friend of mine was visiting Nawlins the same weekend. My initial party of 2, grew to 6 and boy I was so happy to be surrounded by people who truly care for me. Okay, sappy moment over.  Katie’s was booming, there was a 45 minute wait. However, the restaurant is directly across from a colorful wall that made for a great picture taking background.

Service was really quick and our waitress Megan was very friendly. We ordered an array of Catfish and fries, Chicken and Waffles, Scottie’s Special Breakfast (scrambled eggs, bacon, hashbrowns, cheese grits, a biscuit topped with grillades and debris gravy) and The Boudreaux (pulled pork and veggie pizza). 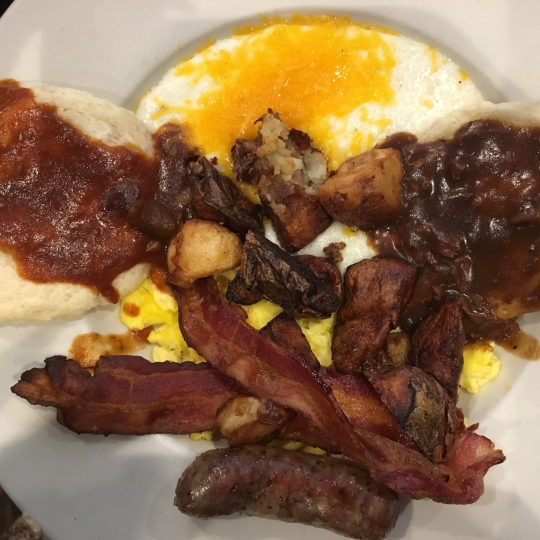 After such a scrumptious meal, we decided to head to the French Quarter. I was told that  it was a completely different experience in the day than it was in the night and that was so true. In the day, the city was astoundingly beautiful. I fell in love with the yellow, red, green and tan hues painting the town. Almost all of the buildings were two story with the cutest little balconies. I felt like I was in a scene of The Originals, patiently waiting to see Klaus, Elijah or even Marcel walk by. Even though, it was a Sunday almost everything was opened. The quarter boosts of restaurants/bars and numerous stores selling artwork to clothing and everything else in between. 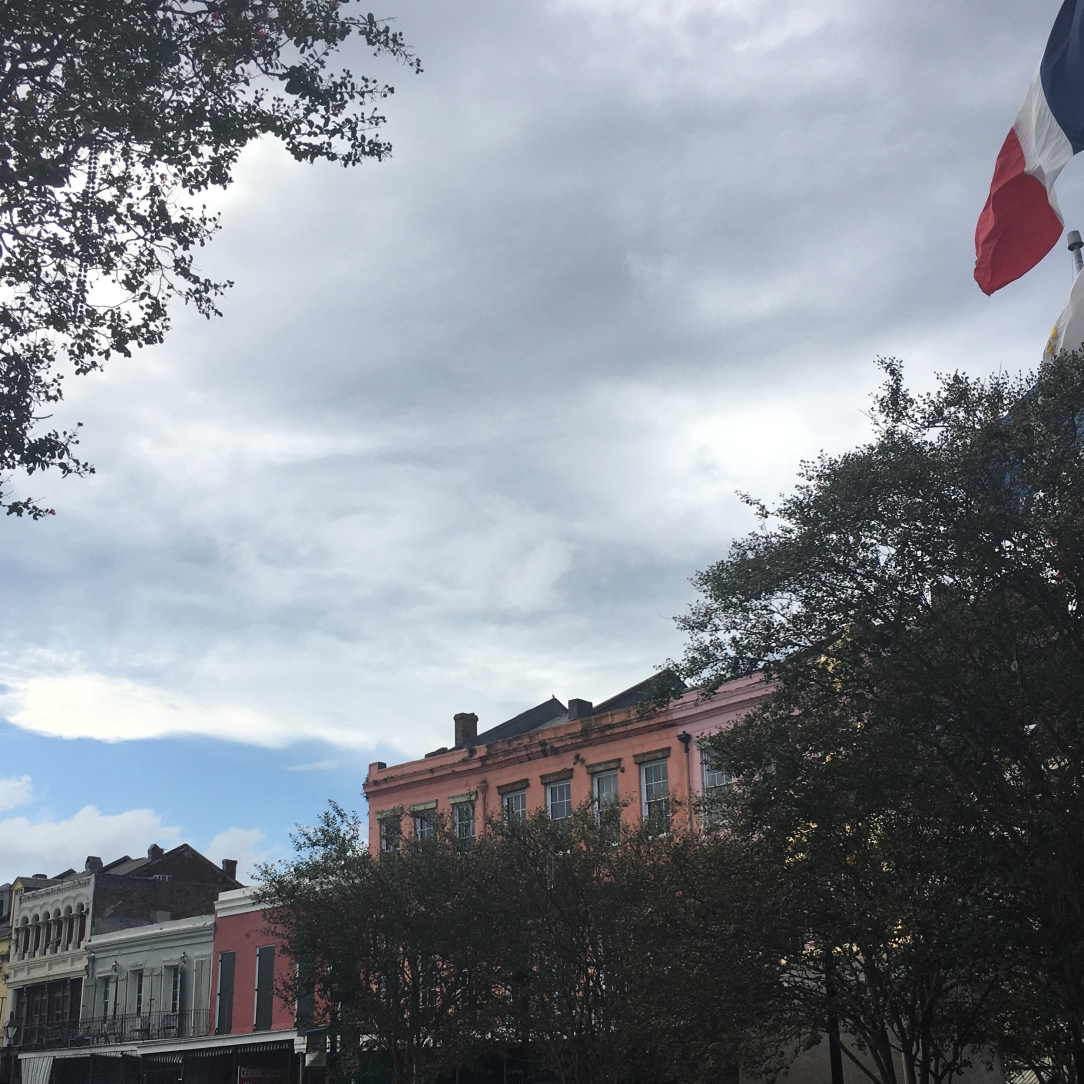 Exploring the French Quarter in the day was an awesome experience, but I had to get back home to refresh and possibly relax before heading back there for my Haunted Tour. Visiting New Orleans, I knew I had to participate in at least one tour. The city just celebrated 300 years and the history nerd in me was thrilled. However, the city is also known for witches and vampires, my fantasy cravings were dying (pun intended) to be satisfied. I chose a haunted tour of the French Quarter at night in hopes of seeing the city really come alive. The tour was fascinating, we learned the history of a few of the buildings, hearing all about the awful stories of the civil war, learning about Marie Laveau, Count de Saint Germain and Delphine LaLaurie. The history of New Orleans is incredible but super spooky and definitely disturbing. 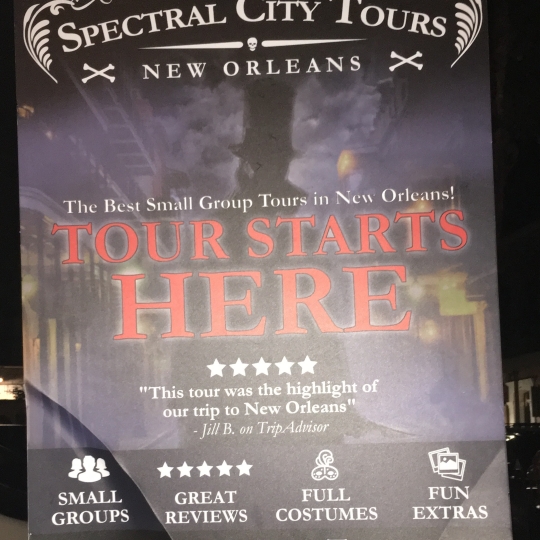 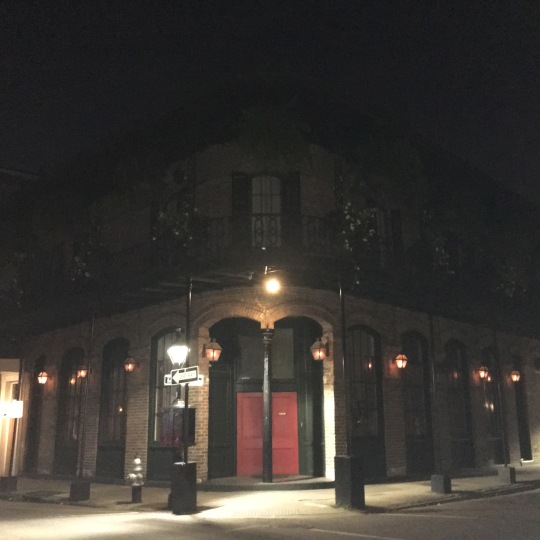 With about 2 hours before my birthday, it was time to start celebrating. Pandora, my wonderful tour guide gave me a safety pin and some of the participants gave me dollars to pin on my clothes (A New Orleans birthday tradition). Bourbon Street was lit up with red and green lights, persons were shouting and laughing from the balconies, throwing mardi gras beads down to the people below. I decided to bring in my birthday at “The Heat”.The clock struck 12am and Drake’s “Nice for What” was blasting in my ears. The timing could not be any more perfect. It was absolutely the best time.

Day Four: #AlexaplayRachetHappyBirthday It’s my birthday! The last two days had been action packed, happiness overload filled days and I couldn’t be more grateful… to sleep in. Fast forward to a late lunch/early dinner, I went to Morrow’s, a quaint aesthetically pleasing restaurant. The decor was simple and clean, I loved it.

My friend ordered the gumbo and the Salmon. They were both super tasty. I ordered the Cajun Crawfish Pasta and it was literally the best pasta, I’ve ever had in my life. It was filled with delicious pieces of crawfish in a cream sauce, topped with fried catfish, seasoned to perfection. I could not fathom how amazing this food was. I literally ate the entire plate in disbelief. If, I could visit this place every week, I would and get this dish every time.

It was time to head to the Mercedes Super dome to watch the New Orleans Saints play the Washington Redskins. This was my first time watching a football game live and it was definitely an experience I will always remember. The dome is completely covered, but there is a significant amount of walking to be done before you get inside. There were hundreds of us trying to get inside before kick off time and the rain did not care at all. It came pouring down and I got soaked, absolutely drenched. I made it inside, just in time and was not prepared for the enormity. The super dome is huge, like can seat almost 75,000 people huge. The place was filled almost to capacity, there were hardly any empty  seats. The New Orleans Saints played a great game, blowing out the Redskins, Drew Brees broke a record, we sang to “Oh when the Saints go marching in” and did the wave a few times. Despite, the rain and the sickness I faced a few days later, experiencing the excitement and passion of the people was worthwhile. 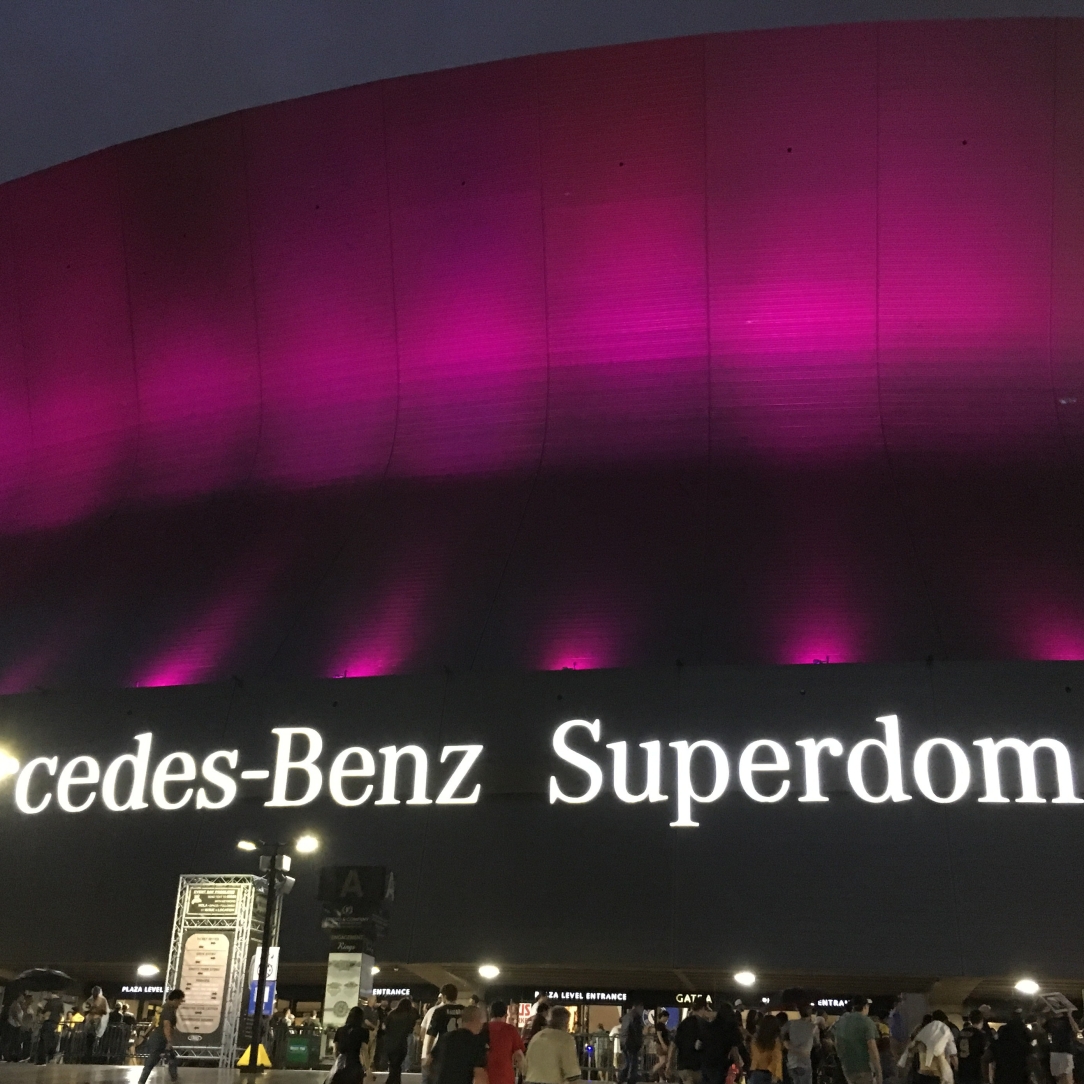 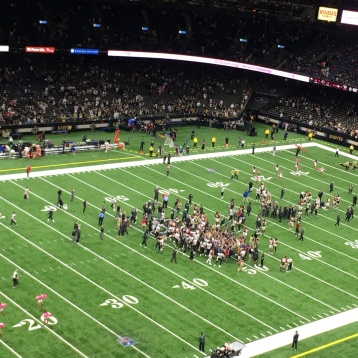 I ended the night at Frenchman Street enjoying Jazz at the Spotted Cat and dancing along to 90s pop rock classics. My birthday trip was coming to an end. In the most amazing city, I celebrated my life and am forever grateful for the experience.